With a little help from Canada’s Electronic Recycling Association, aging computer equipment can get a new lease on life, helping to meet the nonprofit sector’s tech needs.

Through its e-waste programs, ERA refurbishes unwanted computer equipment and donates it to local charities, care facilities, and educational institutions throughout Canada. Its goal is to keep unused electronics out of overflowing landfills.

“We convert thousands of tons each year,” says ERA Business Development and Marketing Manager Jessica Lifely. “I think e-waste will have a major impact on our environment if it’s not taken care of.”

For donors concerned about their personal data, ERA makes sure hard drives are either wiped clean or completely shredded. Lifely says these are the safest ways to ensure that private information is truly destroyed. “A lot of people will just take a hammer to a hard drive, but then it is still insecure [and the data may not be] totally taken off of it,” she says. 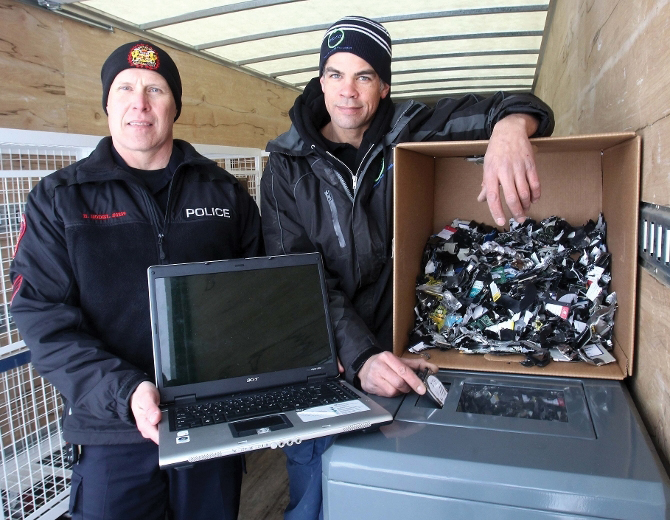 Each year, ERA collaborates with Canadian law enforcement agencies, including the Royal Canadian Mounted Police, for Fraud Prevention Month to raise public awareness of secure recycling options. The organization is looking to bring similar events to the Toronto area, where it expanded the program this year, and is actively connecting with the public via social media. “We’re constantly posting up how important it is to make sure all your data is taken care of,” Lifely says.

This program is one of many ways ERA is addressing the growing problem of e-waste and the digital divide. The organization also organizes an e-waste fundraiser program for nonprofits, offers volunteer opportunities, and hosts a hands-on computer assembly workshop for children ages 12 to 15.

While the number of donors to ERA’s e-waste recycling programs has risen, so, too, has the demand. “It’s an ongoing process,” says Lifely. “There are a lot of people in need of laptops and computers.”

Thorne McFarlane is a former assistant editor for Associations Now.