There's a new generation of leaders entering the C-suite, and they're bringing fresh ideas, talent, and experience to the job. But taking the express elevator to the top comes with unique challenges. We talked to three young association CEOs who are making their leadership mark.

Meet the new breed of association CEO. Gen X and millennial leaders might be little more than half the age of their staff members and volunteers, but they’re stepping up in big ways to meet some of the biggest challenges facing associations today, including shifts in technology, business operations, and membership strategy. They come at a time of important transition, as veteran CEOs step down from long-held executive positions. Associations Now talked with three young CEOs to find out how they’re navigating their leadership role. Whether it’s through contemplative action, a pragmatic approach, or an entrepreneurial spirit, all three are finding new ways to confidently lead their associations into the future. 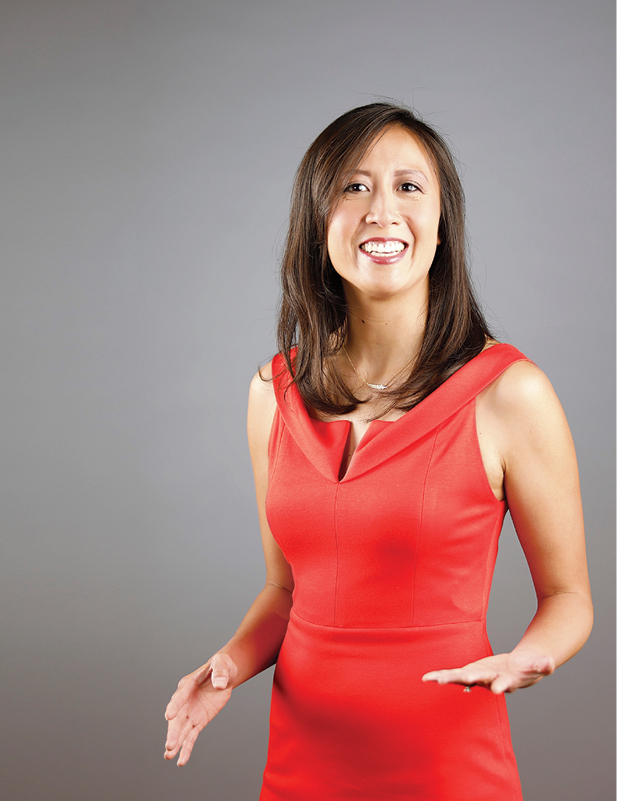 When Michelle Lui decided to move from the world of academia to associations, she realized that she knew little about association management. Add to that, she was 32 years old and stepping into an executive director position at the Financial Management Association International (FMA), a professional association with more than 6,000 individual members.

“The biggest issue that I could not ignore was that a woman in her young 30s was taking over the job for a guy who served as executive director for the last 35 years,” Lui says. “I remember one day I was forwarded an email from a long-time member, and he said something to the effect of: ‘I’m uncertain about the future of the association.’”

In her first two years as executive director, Lui received many “veiled” challenges to her leadership, she says, mainly because of her age and gender. She addressed them head on.

“I responded to his email with a friendly invite to meet face to face,” she says. “I wanted to explain our new ideas for the association, and I wanted to hear what he had to say.”

Lui surrounds herself with people—both her biggest critics and most avid fans—to get advice and direction on decision making. She describes herself as a contemplative leader who takes action based on the recommendations of people she trusts and the data she pores over every day.

I wanted to understand operations and how we could make the association better.

“I have a very hard time making decisions without a good deal of information to back up my decision,” she says. “I love data, and I love people, and that’s how I make most of my decisions.”

Lui often seeks out opinions from people both inside and outside FMA. When she started the job more than three years ago, she met individually with staff, both to gather detailed information and to begin forming the relationships she’d need to lead the team.

“I wanted to understand operations and how we could make the association better,” she says. “I also realized there was a big risk that our small staff of seven might leave within the first year of me being there.”

Eventually, she got to know staff members personally and began identifying processes and tools, like a hard-to-use membership database, that could be updated for speed and efficiency.

Take a larger view. "Nobody likes change, but if you look outside your organization and see what others are doing, you may be able to find new ideas to move the organization forward. That has helped me a lot in gaining credibility with my staff, my board, and my members. Because when it comes to making decisions, I'm am able to provide benchmarks and best practices from other associations, and I can speak knowledgeably about trends."

At the same time, Lui constantly looks outside FMA for training. She credits ASAE’s Diversity Executive Leadership Program (she is a current DELP scholar) and its online Collaborate forum as a daily source of inspiration for how to lead and grow her association.

Lui’s background as a research practitioner also aids her in her ability to think, evaluate, and act quickly. In February, FMA launched its first Latin American conference in Mexico City. And in June, the organization undertook a website redesign and implemented an association management system designed to increase member engagement.

As for her critics, Lui often responds one on one. At the association’s annual meeting, she sat down with the retired member who questioned her experience to explain some of the new programs FMA had implemented and the growth it had seen in a relatively short time under her leadership.

“I said, ‘I understand that my leadership may be a little bit jarring for you, but realize that not only are we maintaining member services, but we’re growing them.’” 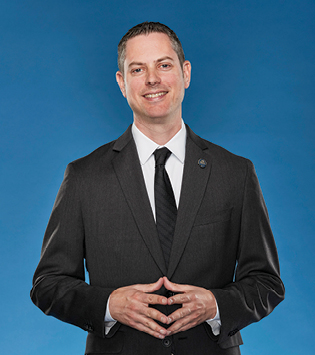 Originally, Gabriel Eckert, CAE, had no intention of becoming executive director of the Building Owners and Managers Association of Georgia. He started there as communications director, and at age 29, he temporarily stepped in to fill a leadership gap as BOMA Georgia’s interim executive director—a position he held for about four months.

It wasn’t until the day before the application was due that he decided to apply for the permanent position.

“It was a growing process throughout the interim role to understand that there was a skill set, a communication style, and a relationship focus that I could bring,” Eckert says. “I very quickly decided that I could be an entrepreneurial leader who focused on partnering with the board and growing the organization.” Eckert compares his association to a small business startup. He has a staff of just six people, but together, they’ve grown quickly.

Organizations and leaders are at their best when they have a crystal-clear understanding of who they are.

Since he took over a decade ago, BOMA Georgia’s event attendance is up 33 percent, membership has increased by 22 percent, and its net worth is almost five times what it was. He has expanded the association’s footprint statewide, established a 501(c)(3) foundation dedicated to education and research for the real estate industry, and licensed an education platform for real estate professionals nationwide.

“We are continuing to fill needs and opportunities that may be traditionally out of our scope but still fit within our mission,” Eckert says. “And that’s led us to some truly entrepreneurial decisions.”

Eckert’s leadership style is to engage a trusted group of staff and board members. “It’s a group of people that come together and focus to think about what can we do in very big ways,” he says, “not just to serve our members but to serve our industry beyond the state of Georgia.”

Hone your skills. "Build your skill set in a very intentional way. Be a specialist in the area that you're in with the mindset of obtaining broader skills in association management. For example, if you have a great relationship with a chief staff officer or direct report, ask them about opportunities to grow."

In his first few years as CEO, there wasn’t a week that went by that someone didn’t question his age, Eckert says. He credits BOMA Georgia’s culture of diversity and inclusion, as well as its commitment to an entrepreneurial strategy, for helping to build his credibility as a leader.

And he still faces challenges today. Eckert is working to address what he calls “strategic continuity” with his board. That means keeping everyone—his board, staff, and members—aligned on the organization’s objectives, so that BOMA Georgia can perform at its best. That’s a big challenge, especially as the real estate market continues to change, he says.

Regardless of age or experience, authentic leaders are those who can make collaborative decisions and accomplish a set plan or strategy that helps to move the association forward, Eckert says.

“Organizations and leaders are at their best when they have a crystal-clear understanding of who they are,” he says. “That can be a challenge for anyone at any age, but the important thing to do is to be authentic, transparent, and collaborative.”

Liz Berry got her first job at age 5. She licked stamps, knocked on doors, and helped put signs in front yards for her mother’s local school board campaign in Arizona—a race she eventually won.

At 14, Berry was answering phones and filing documents for her father’s law firm. He was an Arizona trial attorney and often quizzed her on legal matters at the dinner table.

By 26, Berry was legislative director for Rep. Gabrielle Giffords (D-Ariz.), a job she left just weeks before the 2011 Tucson shooting that severely wounded her boss, killed a colleague, and injured two other staff members.

“January 8, 2011, changed my life forever,” Berry says. “That moment caused me to think long and hard about the meaning of life and my life.”

It was also an experience that tested Berry’s leadership. When she got word that Giffords had been shot, Berry flew to Tucson and worked alongside other staff managing the aftermath of the shooting. She quickly went into crisis response mode: handling press calls, developing a plan to reopen the congressional office, and coordinating several memorial services.

I'm focused on attracting and retaining the next generation of trial lawyers—my generation.

Now 34, Berry is executive director of the Washington State Association for Justice, and she approaches her job much like the politicians she used to serve. Her constituents are the 2,400 plaintiff attorneys that make up WSAJ, and both her varied experience and young age help her address some of the association’s biggest challenges.

Berry is a self-described pragmatist. When she approaches her 51-member board of governors, she thinks like a lawyer and builds a strong case for her rationale. Recently, she completed a yearlong listening tour across Washington, which coincided with her one-year anniversary as executive director.

Take a timeout. "I think a lot of people my age think there's something wrong with taking time off to deliberately think. I did that and asked: What do I want to do with my life? You know, we're used to having these role models, or parents, who have had the same job for the last 30 years. They got the pension and retired at 65. I think we're just working in such a different era now, and I don't think it should be frowned upon for young leaders to take a moment to reassess where they want to go in life."

So far, that leadership style— combining evidence-based persuasion and active listening—has led to improvements in operations, staff structure, and member programs, including WSAJ’s continuing legal education offerings and annual convention. As a young leader, she says, she particularly empathizes with a segment of membership that’s struggling—lawyers from the millennial generation.

“I’m focused on attracting and retaining the next generation of trial lawyers—my generation.” she says. “These kids are coming out of law school with huge amounts of debt. They’re not getting jobs. Some are starting law firms in their living rooms, and they’re scared half to death about the future.”

To Berry, that poses a huge opportunity for the association. She has made it a priority to engage millennials with dynamic programming and events, starting with WSAJ’s annual convention in August. She and her staff made subtle changes to the convention agenda, moved the event outside of Washington for the first time (to Vancouver, British Columbia), added new and younger speakers, and established networking opportunities that connect old and new members together.

“It’s already one of our highest attended conventions in more than a decade,” Berry says. “Young people are signing up, and who better to lead this than somebody who looks like them.”

[This article was originally published in the Associations Now print edition, titled "Fast Track to the Top."]